Thanks for choosing WATI for your business

Few things to know before you get started

You must have admin access to your Meta Business Manager Given the app’s two billion-strong reach, there’s no question that the power of WhatsApp marketing is immense. If you find yourself asking the question: What sort of WhatsApp campaigns can a business run? Here are some successful cases to inspire you.

From email marketing and paid ads to the more conventional television ads, there are plenty of ways for a business to increase brand awareness, gain new customers, and grow.

Reaching them via fresh, creative, and innovative ways, however, is where the challenge lies.

Launched only in recent years, WhatsApp is still a fairly new marketing tool. Even so, many businesses have already successfully taken advantage of its reach and potential.

If you’re a business looking to leverage the messaging app but are coming up short on WhatsApp marketing ideas, you’re going to want to read on.

Check out some of the best WhatsApp Promotion Message Ideas–

Unless you’re a culinary chef who can whip up a four-course meal using a can of tuna, a couple of eggs, and leftovers from last night’s dinner, then this is one WhatsApp campaign that you’ll definitely be able to relate to.

Launched in Brazil, Hellman’s campaign, which was creatively called WhatsCook, consisted of offering users help in the kitchen.

Users were first required to register for WhatsCook on their website by entering their WhatsApp numbers.

They then received a message from a real chef asking them to send them pictures of the ingredients they had in their fridge. With that, these chefs sent over possible recipes.

That’s not all. Hellman’s even went the extra mile by leveraging WhatsApp’s marketing tools – sending pictures and videos of each step of the recipe for users to watch and follow.

More than 99.5% of users who interacted with this WhatsApp marketing campaign said they were satisfied. The average user also engaged with the brand for as long as 65 minutes.

In fact, the campaign was so successful that Hellman’s went on to launch it in neighboring countries like Argentina, Chile, Uruguay, and Paraguay.

In total, more than five million people were impacted by the WhatsApp campaign, and the sign-up rate of website users for their service was at a whopping 50%!

The year-end holiday season is the retail industry’s busiest period. While this means there are massive sales opportunities for businesses, it also means that competition is fierce.

So to get the attention of customers, some creative thinking is needed.

Makro, a departmental store in South Africa, did just that.

Leveraging the crowds of shoppers, they launched a WhatsApp campaign over the Christmas period for a giveaway that required them to send a message to Santa (because, obviously, Santa is on WhatsApp too).

As part of the WhatsApp campaign, users were asked to first send Santa a message. They were then sent a festive toy gift guide created by Makro and asked to select a favorite toy from the list.

Once selected, they had to send another WhatsApp message to inform Makro (or Santa) of their choice. Doing that entered them in a raffle to win gifts and prizes of different values.

In doing so, Makro gained a whole new list of customer contacts and was able to use that to promote some of their other services.

As an added plus, it also informed customers of their availability on WhatsApp, which could come in useful for any customer service needs that may come up in the future.

You know how it is with diets – it always starts tomorrow.

To prove this saying wrong, Indian health card brand Saffola took to WhatsApp to encourage healthier eating habits by deterring participants of their WhatsApp marketing campaign from reaching for a snack.

It was part of a larger campaign for a new active slimming product they were launching.

Called “Beat the Crave,” users signed up by entering their WhatsApp number on their website. This gave them access to what the brand calls a “digital audio buddy.” And like a true friend, this buddy kept users away from unhealthy food.

Every time users felt a craving sneaking upon them, they could text their buddy, who would then respond with a motivational text or an audio message to help them “beat the crave.”

They also offered alternative healthy recipes on their websites that users could turn to.

The brand helped to beat nearly a million cravings, received over 6,000 WhatsApp subscribers, and, more importantly, saw a 483% increase in sales.

Last but certainly not least, let’s look at how international consumer goods company Unilever was able to promote their new line of washing powder and liquid using some clever WhatsApp marketing.

Launched in Brazil, they kicked off their WhatsApp Business campaign by putting up thousands of posters all around the city of Sao Paola, encouraging users to get in touch with a WhatsApp number that was listed.

Once people sent a message, they were put in touch with a WhatsApp chatbot called “MadameBot.”

She’d give people tips and tricks on how to care for clothes, and jumped on the opportunity to introduce Unilever’s new products.

At the end of the interaction, customers who interacted with Madamebot received a 50% discount on the new products and free shipping.

Unilever had initially planned for the WhatsApp campaign to run for three days. But it was so successful that they ended up extending it for a whole week.

In the first 12 hours alone, more than 6,000 users engaged with MadameBot, exchanging 145,000 messages. By the end of the extended campaign, 290,000 messages had been sent and received, and the company saw sales during this period skyrocket 14-fold.

WhatsApp Marketing With the Business API

As seen from these successful WhatsApp campaigns, the advantages of conversational marketing on WhatsApp are countless.

Although WhatsApp campaigns can also be launched on the free WhatsApp Business app, it’s more complicated to do so because of the limited functionalities it offers.

The WhatsApp Business API, on the other hand, offers much more advanced features and lots more possibilities. Plus, it has plenty more enterprise-level tools to up your WhatsApp marketing strategy.

If you’re interested in learning more about the API and how it can help your brand, get in touch with WATI, one of the best WhatsApp Marketing tools. We’re an official WhatsApp Business Service Provider and would be happy to help you.

Get Started With WhatsApp Marketing

How To Build a Chat GPT 3 AI Chatbot on WhatsApp

Imagine having a virtual assistant that can understand and respond to any natural language query with human-like fluency and accuracy; that’s exactly what OpenAI GPT 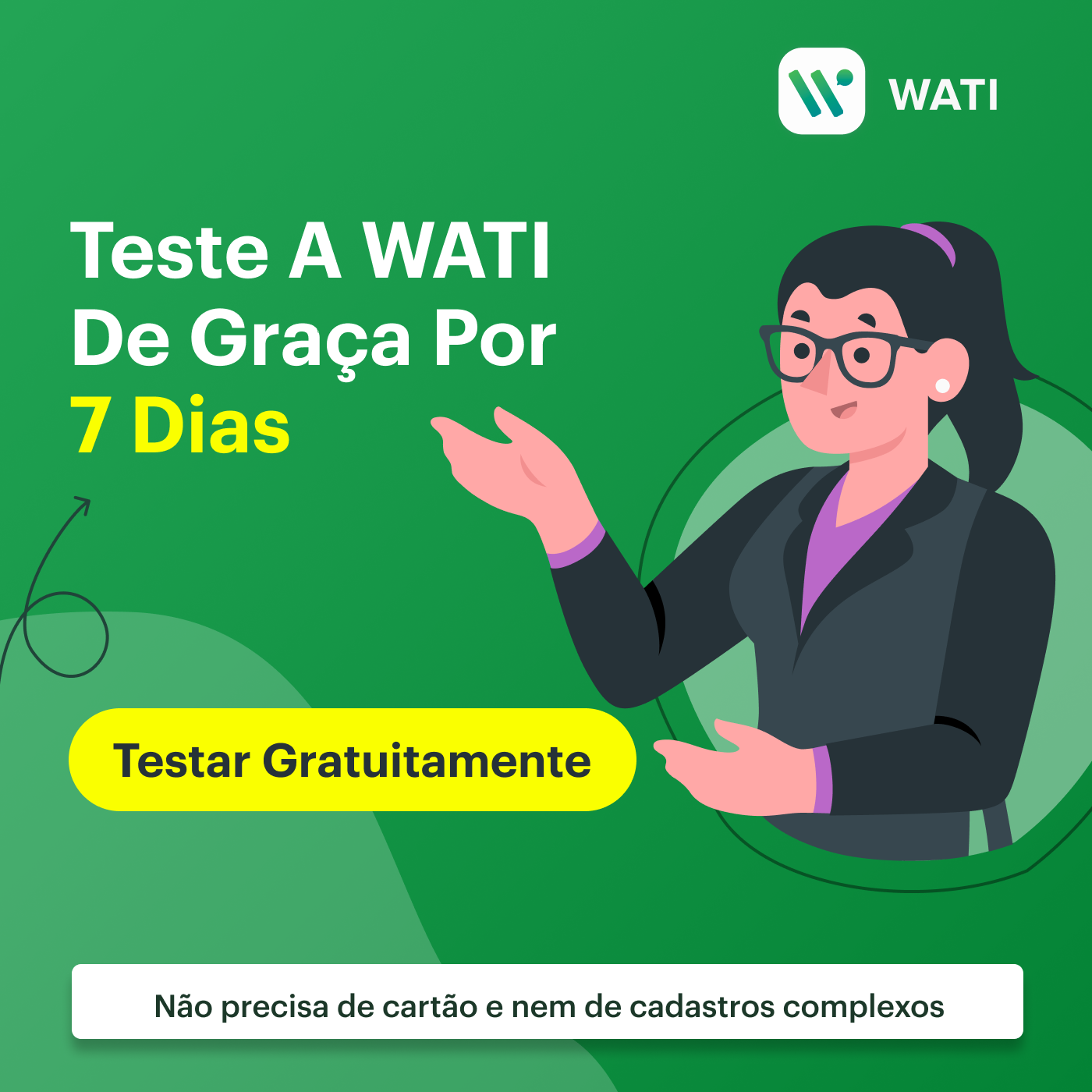 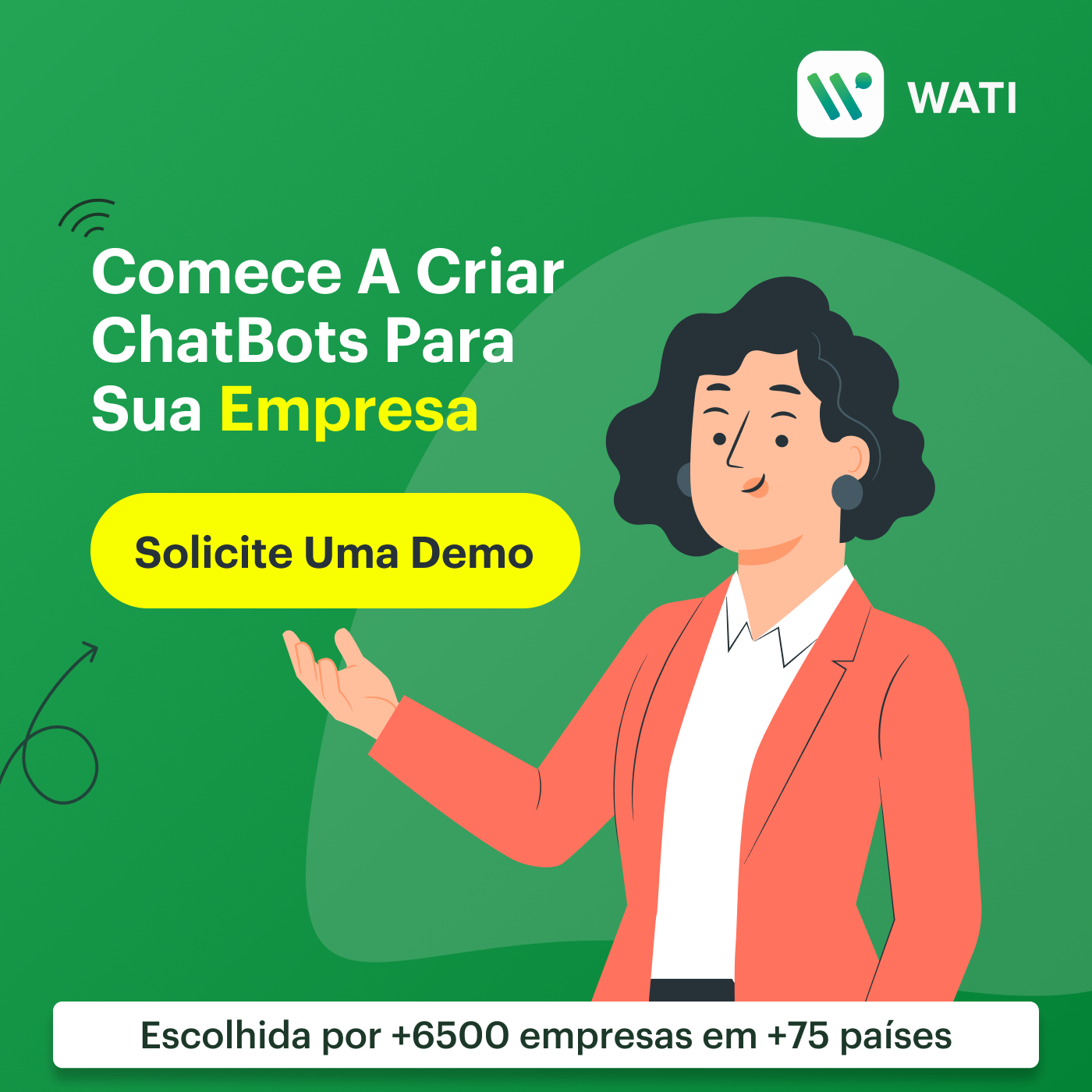